When you book with an account, you will be able to track your payment status, track the confirmation and you can also rate the tour after you finished the tour.
Sign Up
5658
22 Days
Availability : Jun - Oct
Min Age : 9+
Max People : 34
DetailItineraryMapPhotos

K2 & Gondogoro is considered to be one of the world’s great treks with breathtaking scenery unsurpassed anywhere else in the high mountains. The journey starts with a flight to Skardu with spectacular views of the Karakoram range including Nanga Parbat, after several nights in Skardu we take jeep transport to the road head at Askole.

The trail is lined with rugged mountains all the way from the last village in the Braldu gorge at Askole up the Baltoro glacier to Concordia, you will see the Trango Towers, Masherbrum, K2 and Broad Peak among many others. Concordia has been described as the “Throne Room of the Gods” for its unique 360° panorama of 7,000m mountains and impressive views of K2.

Arrivals at International airport meet and transfer to hotel.

Breakfast at hotel and fly to Skardu (flight is subject to weather incase of flight cancellation) Drive to Besham (290KM) and 10-12hrs Drive.

Trek to (5-6hrs) overnight at tents

Trek to K2 Base 5/6hrs Camp overnight at Base Camp

Drive to Skardu 5/6hrs on arrival – overnight at Skardu 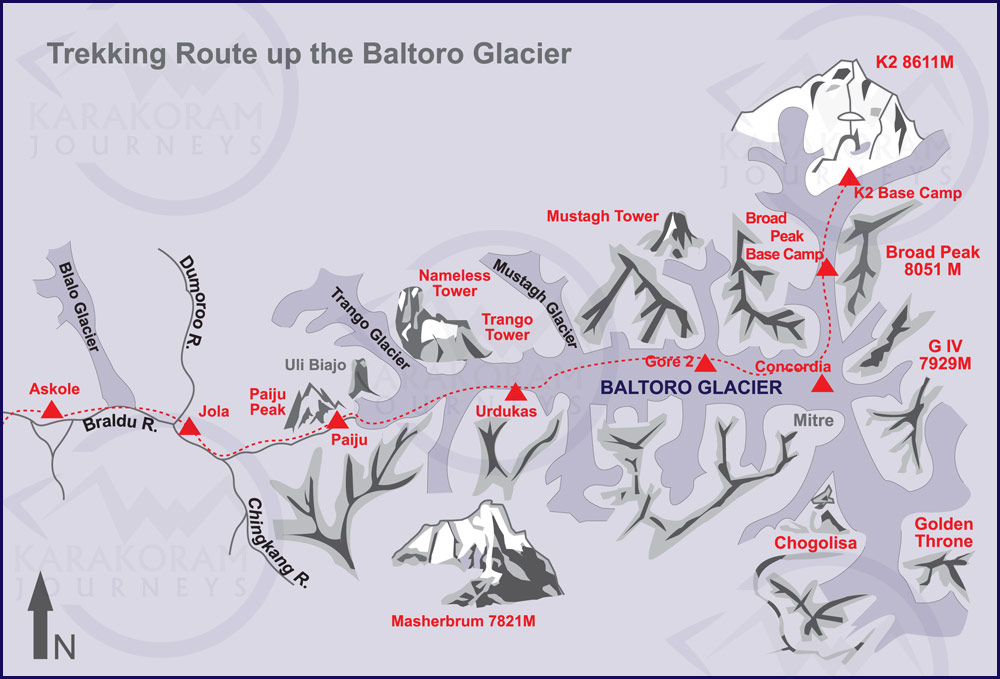 The Indus Valley Civilization is also known as the Harappan Civilization, after Harappa, the first of its sites to be […]
Open chat
Need Help?
Powered by
Hello! How can we help you?