Pakistan is the hub of the World’s Greatest Mountain Chains. The Karakoram, Himalaya, Hindu-Kush and the Pamir. These Mountains are the walls that form Pakistan’s long and carefully guarded frontiers with China, India, Afghanistan and across the narrow Wakhan Corridor towards Central Asia.The Karakoram and Himalaya are the newest mountains in the World. About 55 million years ago, the northward drifting Indian geological plate collided with the Asian Plate, its northern edge nosing underneath the Asian Plate and pushing up the mountains. The Indian Plate is still driving northwards at about five centimeters (two inches) per year, causing the mountains to rise about seven millimeters (1/4th inch) in the same period. Pakistan has the largest concentration of high mountains in the World. There are more than 100 peaks over 7,000 meters (23,000 feet) are within a radius of 180 kilometers. The statistics are amazing. The K2 (8,611 meters) is the second highest on Planet Earth and is situated in the Karakoram. The five above 8,000 meter peaks out of the World’s fourteen (14) 8,000 meter peaks are in Pakistan. Peaks above 3,000 to 6,000 meters are countless and remain unclimbed and unnamed. Out of 100 highest peaks in the world, more than 50 are in Pakistan. 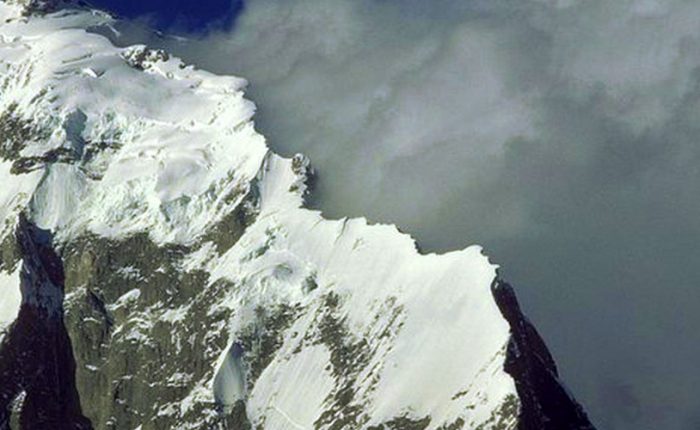 Batura I is the highest peak in the ranges of Batura. Its height is 7795 m from East face and 7794 m from West Face. This region was first detected by RCF Schombrg in 1947. It can be approached from Balur and Kukuay glaciers. Different expeditions have made efforts to get victory, the German Austrian […]
View Details 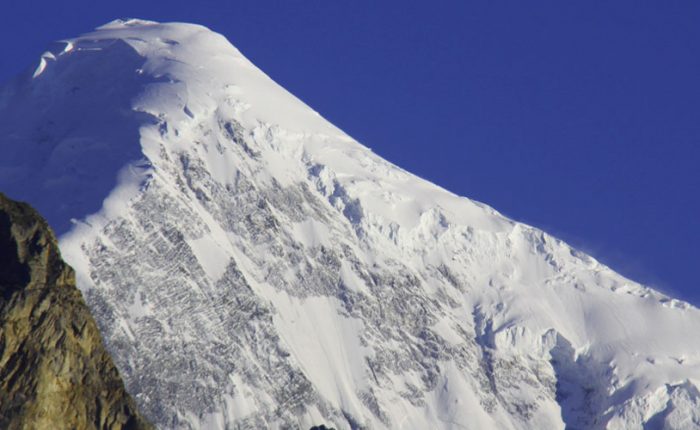 The peak is called Minapin as well as Diran. It is situated in Rakaposhi and Haramosh mountain region near the Minapin, Hinarchi and Baultar glaciers and is easily accessible because of the Karakoram Highway. There is confusion about its height but now all agree that it is 7,273m/23,861ft. high.
View Details 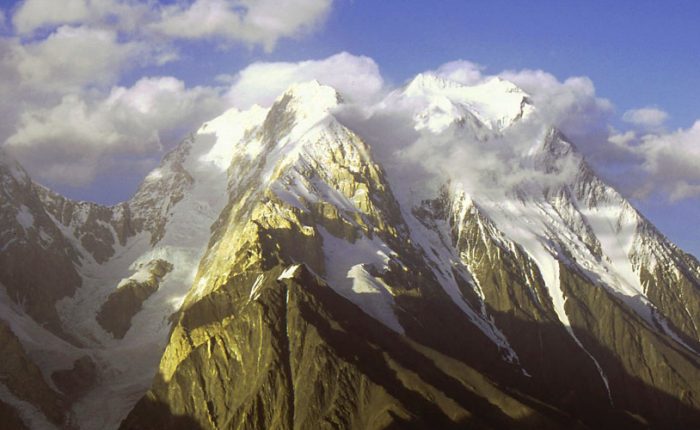 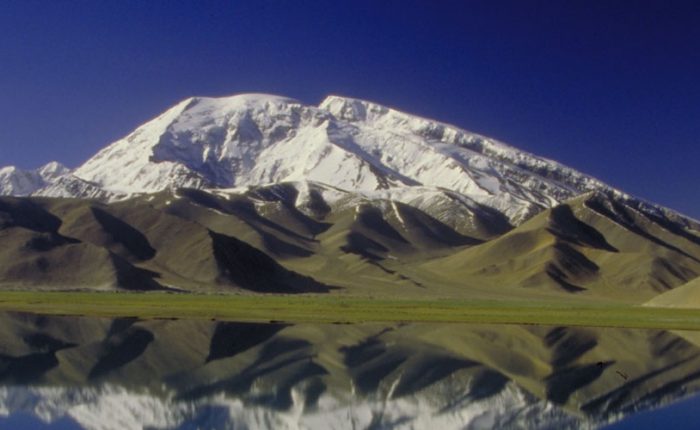 Mustagh Ata (7,546 m) comes on the right side of the Karakoram Highway to Kashgar. This beautiful peak is well known for ski climbing among 7,000 m peaks. There is only a one day trek to base camp from Sobash. Mustagh Ata is one of the 50 highest peaks on earth and occupies an isolated […]
View Details 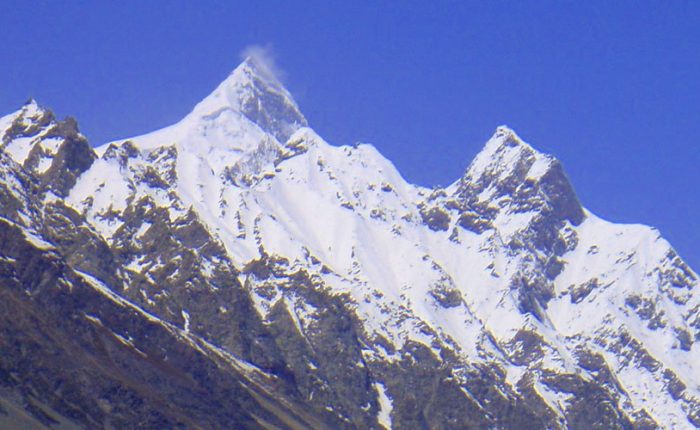 This peak is situated in the western part of Baltoro glacier in the Batura massif. The nearby glaciers are Hasanabad and Passu. The traditional route to the peak is from Gilgit to Passu via the Karakoram Highway and from there on foot to the peak along Passu glacier. Some foreign maps call it Shispar/Peak No.33 […]
View Details 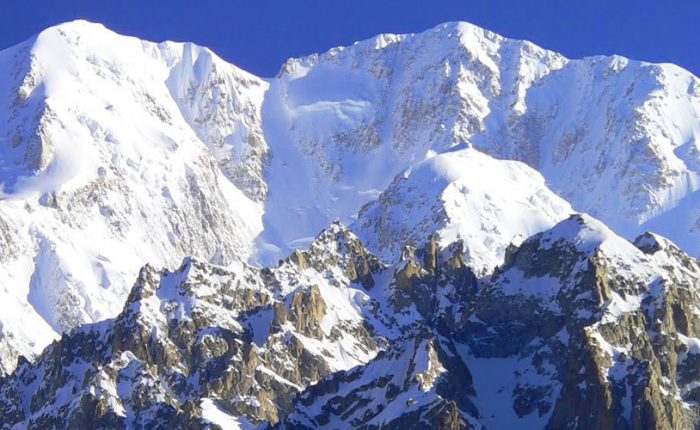 Trich Mir is 16th highest in Pakistan and ranking 41st in World. The first ascent made by Norwegian Expedition in 1950. Tirich Mir is the highest mountain in the Hindu Kush. It is a cluster of rocky, ice-covered pyramids, located due south of the second highest peak, Noshaq (7492m). Tirich Mir is south of the […]
View Details 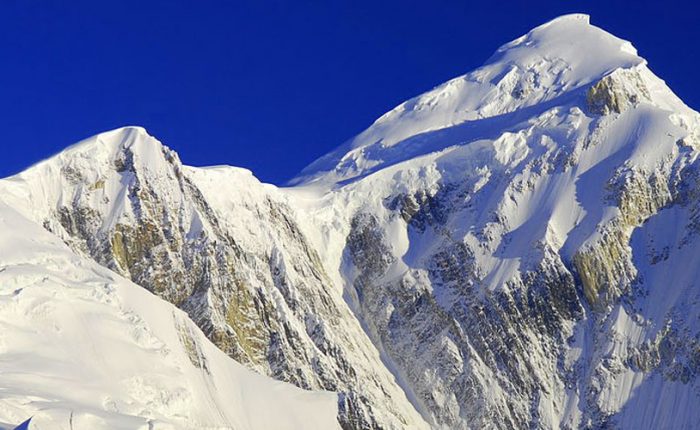 Spantik is situated between Nagar Valley near Hunza and Arandu Valley in Baltistan. The normal route to Spantik is from the Chogulungma Glacier in the Arandu Valley. Also in the vicinity are the Laila Peak and the Malu Buting. The team took this route from the South-West and approached the peak after reaching Skardu via […]
View Details 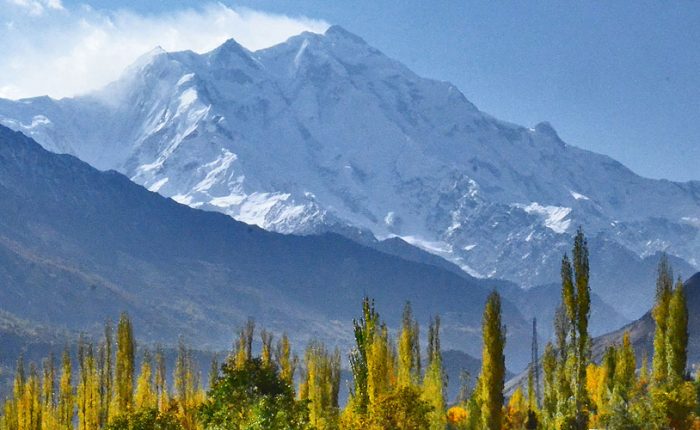 Rakaposhi is one of the most magnificent and easily climbable peaks in Pakistan. With the height of 7,788 metres, Rakaposhi is a delight to ascend for a mountaineer. The peak is situated near Gilgit and one can see the majestic peak from the Karakoram Highway. Its beauty and easy ascendance attracts a number of adventure […]
View Details 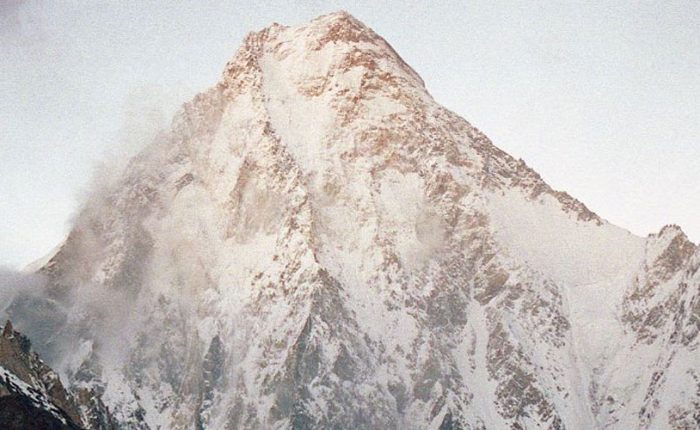 Gasherbrum IV is 7th highest peak in Pakistan and ranking 17th in World. In 1958 the 7,925m peak received its first ascent when an Italian expedition, led by the legendary Riccardo Cassin, managed to get two members on to the summit via the highly inaccessible North East Ridge.
View Details 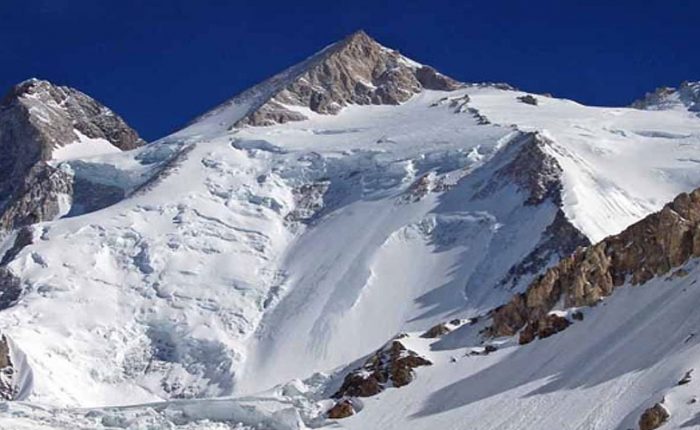 Gasherbrum III is 6th highest peak in Pakistan and ranking 15th in World. It was the highest unclimbed peak upto 1974, before a polish ladies expedition, under the leadership of Mrs. Wanda Rutkiewics, climbed it on the 11th August, 1975. The leader, along with Alison Chadwick, Janusz Onyszkiewicz and K. Zdzitowiecki, reached the top. The […]
View Details 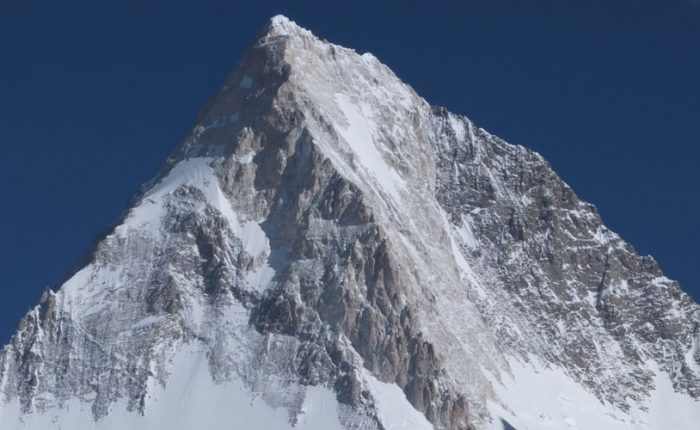 Gasherbrum II is 5th highest in Pakistan and ranking 14th in World. The first ascent made by Austrians led by Fritz Moravec along with Josef Larch and Hans Willenpart on 8th July, 1956. The climb on this Peak is both on rock and ice. A high level of technical skill, physical fitness and acclimatization is […]
View Details 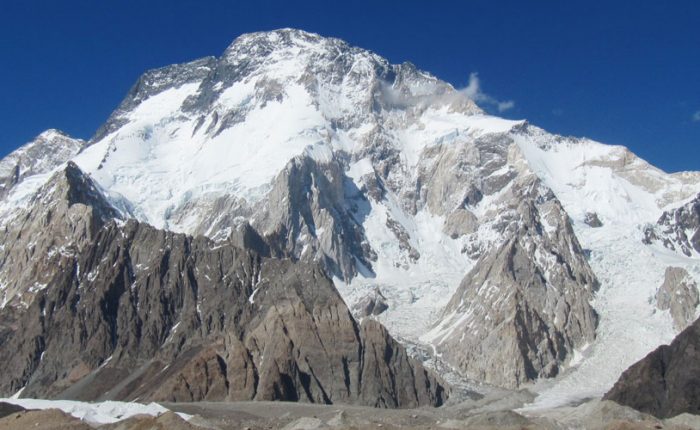 Pakistan is home to some highest and beautiful mountains in the world. If the K-2 leads in height, there are other peaks, which are not far behind in height and beauty. Broad Peak is one such beautiful peak in Pakistan with the height of 8,047 metres.
View Details 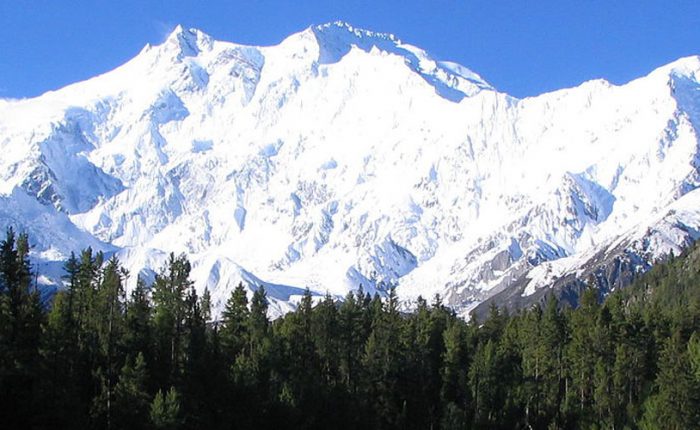 The killer mountain as Nanga Parbat is called is the 9th highest peak in the world. The peak is 8,125 metres in height and is one of the most challenging mountains in the world to climb. Though associated with tragedies, it is not that the peak has not been scaled. Many mountaineers lost their life […]
View Details 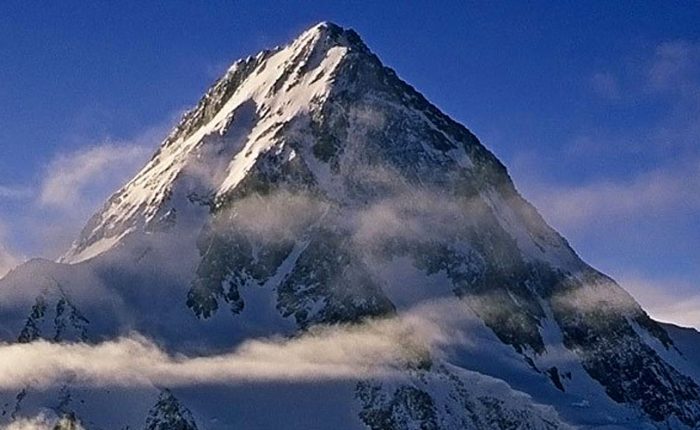 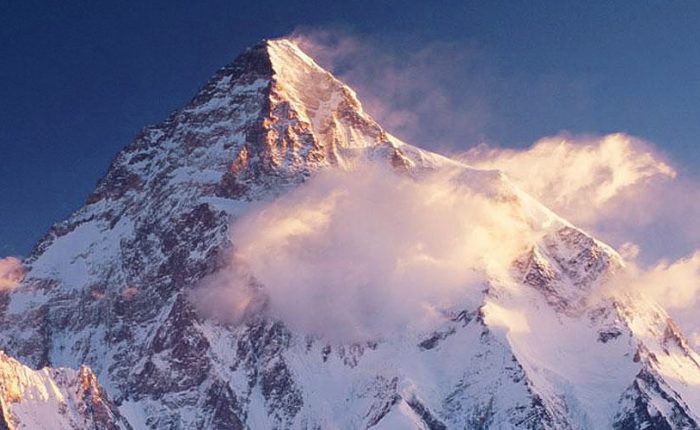 Pakistan is home to various high rise peaks, K-2 is the highest mountain peak in Pakistan. With the height of 8,611 metres, K-2 towers all other mountains in the country. This high rise mountain in the Karakoram Range is referred to as Chogori in local parlance. Chogori is a Balti word, which means 'king of […]
View Details
Open chat
Need Help?
Powered by
Hello! How can we help you?